Last week, we talked about all the things you should check before you log a bug, in order to make sure that what you are seeing is really a bug.  Once you have run through all your checks and you are sure you have a bug, it’s time to log it.  But just throwing a few sentences in your team’s bug-tracking software is not a good idea!  The way you log a bug and the details that you include can mean the difference between a bug being prioritized or left on the backlog; or the difference between a developer being able to find the problem, or closing the bug out with a “cannot repro” message.  In this post, I’ll outline some best practices for logging a bug, with examples of what to do and what not to do. 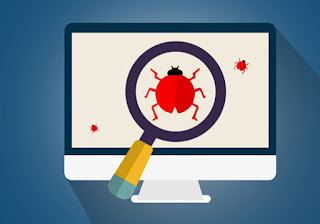 Let’s take an example bug from the hypothetical Superball Sorter that I described a few weeks ago. Imagine that when you tested the feature, you discovered that if three of the children have a rule where they accept only large balls of some color, the small purple ball is never sorted.

Here are the components of a well-logged bug:

While the second example gives at least a clue as to what the bug is about, it will be hard to find among dozens of other bugs later, when you might try to search by “Superball”.  Moreover, it doesn’t state what the conditions are when the ball is not sorted, so if there is another bug found later where this same ball isn’t sorted, there could be confusion as to which bug is which.

Description: The first sentence of the bug should describe the issue in one sentence.  This sentence can provide a bit more detail than the title.  I often start this sentence with “When”, as in “when I am testing x, then y happens”.

There are a number of things wrong with this second example.  Firstly, the issue happens regardless of which three children have rules where they get only large balls, so referring to Doug here could be misleading.  Secondly, the statement doesn’t describe what rules have been set up.  A developer could read this sentence and assume that the small purple ball is never sorted, regardless of what rules are set up.

RIGHT: This is happening in the Staging environment, on the Edge browser only

Steps to reproduce: The steps should include any configuration and login information, and clearly defined procedures to display the problem.

WRONG:
Everyone has a rule but Doug, and no one is getting the small purple ball

The above example doesn’t provide nearly enough information.  The developer won’t know the login credentials for the user, and won’t know that the three rules should be for large balls.

These steps provide WAY too much information.  It can be safely assumed that the developer knows how to log in; simply providing the credentials should be enough.  It can also be safely assumed that the dev knows how to set a rule in the Superball Sorter, since he or she wrote the code.
Expected and Actual Result: For the sake of clarity, it’s often a good idea to state what behavior you were expecting, and what behavior you got instead.  This can help prevent misunderstandings, and it’s also helpful when a bug has been sitting on the backlog for months and you’ve forgotten how the feature is supposed to work.
RIGHT:
Expected result: Doug gets the small purple ball, because he is the only child configured to accept it
Actual result: Doug does not get the small purple ball, and the ball remains unsorted
Screenshot or Stack Trace: Include this information only if it will be helpful.
RIGHT:
Exception: Ball was not recognized
Caused by: Ball.sort(Ball.java:11)
WRONG:
Exception: An unknown error occurred
ALSO WRONG: 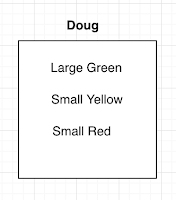 The above screenshot is not particularly helpful.  While it shows that Doug doesn’t have a small purple ball, that is easily conveyed by the Actual Result that has already been described; no picture is needed.
A clearly written bug is helpful to everyone: to the product owner, who prioritizes bug fixes; to the developer, who has to figure out what’s wrong and fix it; and to the tester, who will need to retest the issue once it’s fixed.  When you take care to log bugs well, it prevents frustration and saves everyone time.