Have you ever seen something wrong in your application, but you haven’t been able to reproduce it?  Has a customer ever reported a bug with a scenario that you just couldn’t recreate?  It is tempting to just forget about these bugs, but chances are if one person has seen the issue, other people will see it as well.  In this post I’ll discuss some helpful hints for reproducing bugs and getting to the root cause of issues.

The first thing to do when you have a bug to reproduce is to gather as much information as you can about the circumstances of the issue.  If it’s a bug that you just noticed, think about the steps that you took before the bug appeared.  If it’s a bug that someone else has reported, find out what they remember about the steps they took, and ask for details such as their operating system, browser, and browser version.

One Step at a Time

Next, see if you can follow the steps that you or the reporter of the bug took.  If you can reproduce the bug right away, you’re in luck!  If not, try making one change at a time to your steps, and see if the bug will appear.  Don’t just thrash around trying to reproduce the issue quickly; if you’re making lots of disorganized changes, you might reproduce the bug and not know how you did it.  Keep track of the changes you made so you know what you’ve tried and what you haven’t tried yet. 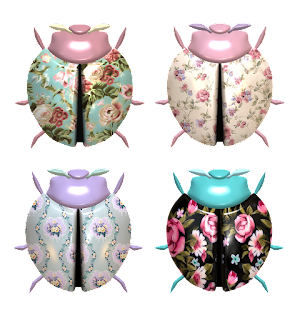 Application logs and browser developer tools can be helpful in providing clues to what is going on behind the scenes in an application.  A browser’s developer tools can generally be accessed in the menu found in the top right corner of the browser; in Chrome, for example, you click on the three-dot menu, then choose “More Tools”, then “Developer Tools”.  This will open a window at the bottom of the page where you can find information such as errors logged in the console or what network requests were made.


Factors to Consider When Trying to Reproduce a Bug

Once You’ve Reproduced the Bug
Once you’ve finally reproduced a tricky bug, you might want to just show it to your developer and be done with it.  But your work is not done!  To make sure that the bug is fixed correctly, you’ll want to narrow down the steps to reproduce it as much as you can, to be as precise as possible.  The more precise you can be, the easier it will be for the developer to locate the true cause in the code and fix it.
For example, if you were able to reproduce a bug by using an admin user who navigated to the page with the Back button on a Firefox browser, are you sure that you need all three of those conditions to see the bug?  Do you see the bug when you use an admin user and the Back button in Chrome?  If you do, then you can eliminate the browser from your bug report.  What about if you use a non-admin user?  If you see the bug when you are using a non-admin user, you can take that out of the bug report as well.  Now you have narrowed down the issue to just the Back button, giving the developer a clear indication of where to start with a fix.
End Users Are Depending on Us
As a software tester, I am often annoyed by bugs and poor user experiences I encounter in my day-to-day living.  I frequently say to myself “Who is testing this website?  What were they thinking?  Does this company even have testers?”  We are the last line of defense to keep our customers from frustration, which is why it is important to chase down those elusive bugs.