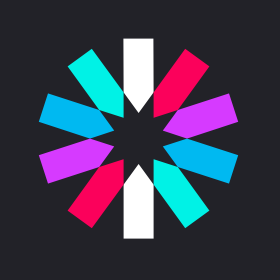 Have you ever used a JWT before?  If you have tested anything with authentication or authorization, chances are that you have!  The term JWT is pronounced “jot” and it stands for JSON Web Token.  JWTs are created by a company called Auth0, and their purpose is to provide a method for an application to determine whether a user has the credentials necessary to request an asset.  Why are JWTs so great?  Because they allow an application to check for authorization without passing in a username and password or a cookie.  Requests of all kinds can be intercepted, but a JWT contains non-sensitive data and is encrypted, so intercepting it doesn’t provide much useful information.  (For more information about the difference between tokens and cookies, see this post.)  Let’s learn about how JWTs are made! 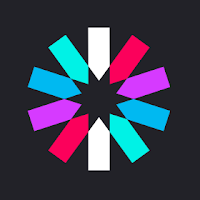 A JWT has three parts, which are made up of a series of letters and numbers and are separated by periods.  One of the best ways to learn about JWTs is to practice using the official JWT Debugger, so go to jwt.io and scroll down until you see the Debugger section.

Part Two: Payload
The payload lists the claims that the user has.  There are three types of claims:
Registered claims: These are standard claims that are predefined by the JWT code, and they include:
iss (issuer)- who is issuing the claim
iat (issued at)- what time, in Epoch time, the claim was issued
exp (expiration time)- what time, in Epoch time, the claim will expire
aud (audience)- the recipient of the token
sub (subject)- what kinds of things the recipient can ask for
Public claims: These are other frequently-used claims, and they are added to the JWT registry.  Some examples are name, email, and timezone.
Private claims: These are claims that are defined by the creators of an application, and they are specific to that company.  For example, a company might assign a specific userId to each of their users, and that could be included as a claim.

Here the subject is 1234567890 (which isn’t a very descriptive asset), the name of the user who has access to the subject is John Doe, and the token was issued at 1516239022 Epoch time.  Wondering what that time means?  You can use this Epoch time converter to find out!

Part Three: Signature
The signature takes the first two sections and encodes them in Base64.  Then it takes those encoded sections and adds a secret key, which is a long string of letters and numbers.  Finally it encrypts the entire thing with the HMAC SHA256 algorithm.  See my post from last week to understand more about encoding and encryption.

Putting It All Together
The JWT is comprised of the encoded Header, then a period, the encoded Payload, then another period, and finally the encrypted signature.  The JWT Debugger helpfully color-codes these three sections so you can distinguish them.

If you use JWTs regularly in the software you test, try taking one and putting it in the JWT Debugger.  The decoded payload will give you insight into how your application works.

When you decode a real JWT, the signature doesn’t decrypt.  That’s because the secret used is a secret!  But because the first and second parts of the JWT are encoded rather than encrypted, they can be decoded.

Using JWTs
How JWTs are used will vary, but a common usage is to pass them with an API request using a Bearer token.  In Postman, that will look something like this:

Testing JWTs
Now that you know all about JWTs, how can you test them?

Have fun, and happy testing!